I have just completed 2000 hours of watching TV in Chinese. Hip hip hooray! 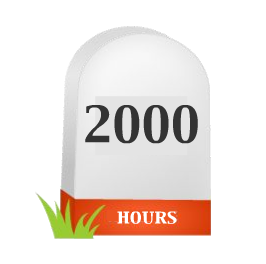 This completes my 2000 hour silent period, and I now give myself permission to speak Chinese freely. Except for one restriction! I will not speak until I'm ready (haha). That is, not until I am ready to record my first Chinese conversation with a native speaker.  Hopefully that will be sooner than later.  I wouldn't want to cheat anybody by having a warm-up period, that is, getting a little practice off camera. No, I just want to record my very first real conversation.  And hopefully when it's done, we'll be able to call it a conversation too.

I'm curious to see how I sound speaking Chinese and if I've learned any useful words or phrases from all these dramas I've watched.

If you've been following my blog for the past 2 years, you already know that during this 2000 hour period I have not looked up any words or done any sort of study, including grammar. I did know some words prior to starting the TV method, but I have never studied Chinese grammar.  I'll perhaps write a post to consolidate what I have done in attempts to start learning Chinese.

About a year ago, I had just completed 800 hours. Things went pretty well until August when my focus changed to making sure I was ready to pass two IT exams for one certification. So I'm a little late in arriving at this point, but it doesn't matter.

Now, I'll have more time to write posts or do whatever I want and I'll be spending less time getting my hours in. I think I've completed the necessary groundwork for becoming a native speaker of Chinese, although I'll keep watching TV in Chinese and continue to grow that language.

Look for my next post when I try to answer all the questions that are going to be asked in the comments of this post!
Posted by Keith at 20:22
Labels: TV method

No profanity. Please be considerate of others. Thank you.

"The biggest joke in language learning is grammar." - Jerry Dai

"To understand what a word means, you have to observe the circumstances in which it is used." - Pierre J. Capretz

"Words have to grow—gradually. Experience by experience. And the mechanism of growing in each experience is ‘wondering’." - Dr. J. Marvin Brown, From the Outside In